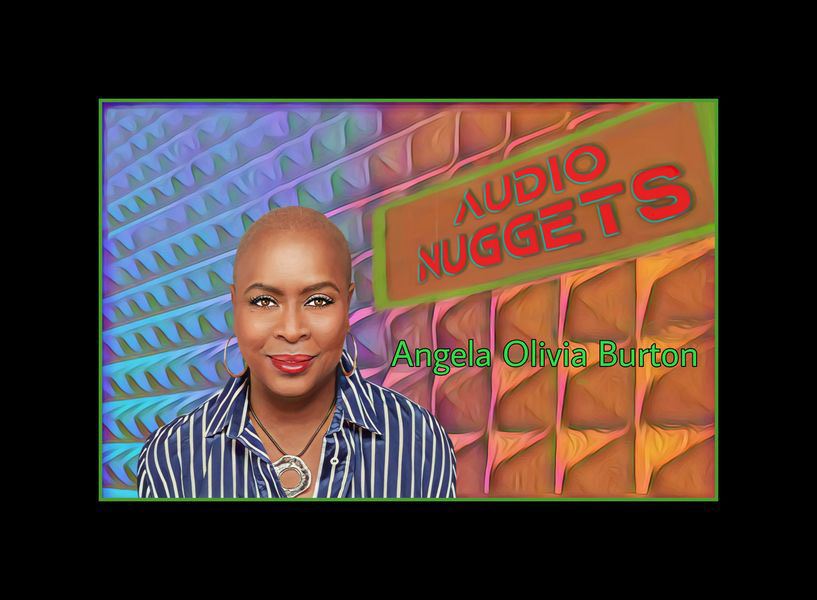 In our final episode for 2022, Audio Nuggets is overjoyed that Angela Olivia Burton joins the cypher as the anchor, in Episode 8, “Organizing For Black Family Justice”. Angela Olivia Burton is a Black woman and a child of the 1960s who was raised by her maternal Grandmother and a host of Aunties in the villages of Meridian, Mississippi and Brooklyn, New York.

A lawyer and former law professor, Angela has spent many years teaching, researching, writing, and speaking about the Black family experience with the family policing/family regulation system, and has spent the last ten years as a public servant in New York State government working to improve the quality of legal representation for parents targeted by the system. Her personal liberation journey and using her power, influence, and liberated voice, is the core of her work, as she leverages these experiences to elevate the voices of Black parents, who are fighting to protect their families from unwarranted government intrusion and destruction of their families.

In this conversation, we turn our attention to CAPTA. Angela educates the audience that “CPS lives here- so we must begin here.” Dissecting the history of the law written in 1974, which was written for reporting, investigating, prosecuting, and the treatment of alleged child abuse and neglect; this law criminalizes parents. So much so, that the government feels they must intrude. Angela unpacks for the audience her experience in the organizing movement of bringing the condition of Black families in the U.S. to the international stage in Geneva Switzerland at the United Nations, and the mission of repealing racist policies such as CAPTA and ASFA.

Angela is bold in her message to the audience that her view and approach to dismantling and rebuilding a violent and destructive system calls for reoperations; the repairing and reconciliation to heal Black children and families, that dates back to slavery and is continuing on today.

Angela leaves us with her wisdom that there is no time to waste, and time is of the essence. The evidence is in; the family policing system is a racist system that has the most harsh impact on Black children and Black families, and she is not going to argue with anyone about it. What we need to be talking about is ENDING IT and REPAIRING the damage. Being Black is AMAZING!

to stay INFORMED about MFG!

to stay INFORMED about MFG!